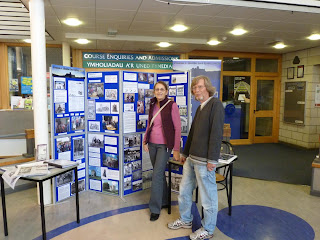 On Saturday 19th, we participated in the Archaeology Day at . It was organised by and PLANED and we were invited, with other heritage groups, to put on a display showcasing the work we, in the Pembroke and Monkton Local History Society, are doing. The event was a sell out with 200 people attending. The speakers covered much ground from Paleolithic and Neolithic rock art and stone circles of the Preseli’s, the excavation of the12th at Nevern to 20th century military installations in Pembrokeshire.

Posted by Linda, pembrokehistory@live.co.uk at 10:40 PM No comments: 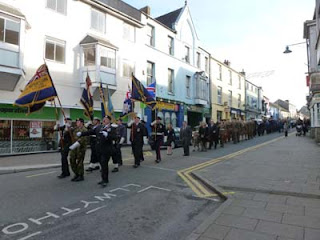 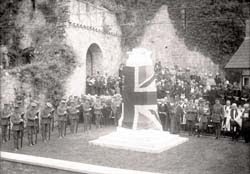 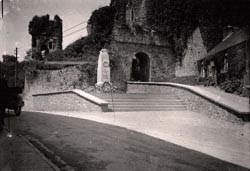 This past week has been dominated, of course, by Remembrance Day. A few months back I received an email from Martin French attached to which were a set of photographs taken of Pembroke’s war memorial when it was unveiled in 1924.
Historical note: I contacted Keith Johnson, local historian and editor of ‘Pembrokeshire Life’ magazine, to find out more about Pembroke’s fine War Memorial. Keith told me it is a replica of the national cenotaph at made locally by T.W. Colley & Sons and was built of silver-grey granite at a cost of £500. Sir Frederick Meyrick of Bush donated the plot of land to the Pembroke Corporation for the siting of the memorial, on which were inscribed the names of the 87 local men who died in the First World War. The service was led by Canon David Bowen of Monkton, and the cenotaph unveiled by General Sir Francis Lloyd, first commander of the Welsh Territorial Division.
Posted by Linda, pembrokehistory@live.co.uk at 6:53 PM No comments: 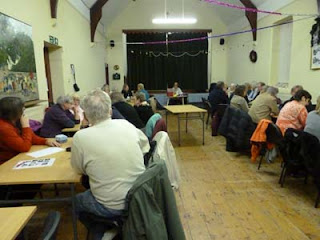 A good crowd turned up for our Quiz Night last Friday, which was a nice surprise in view of the fact that the Pembroke Male Voice Choir were singing in Priory Church across the road. They are terrific and would like to have gone but this clash of events was not apparent when we put together our programme last year. Everyone enjoyed the evening and by popular demand we are going to put on more of these Quiz Nights next year.
Posted by Linda, pembrokehistory@live.co.uk at 5:38 PM No comments: 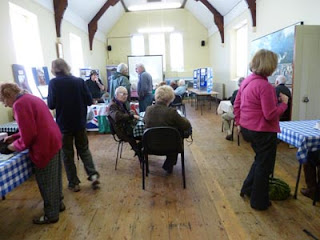 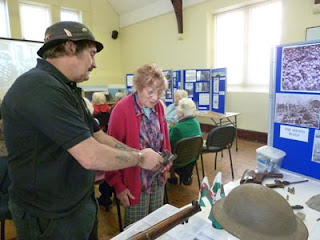 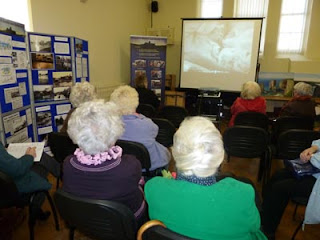 Our exhibition this month was on a wartime theme - we prepared a display of wartime memories and photographs of Pembroke people and some WWI photos as well. We also had a display of military weapons and artefacts from Philip and Briggette Thomas as well as an old home movie belonging to the Haggar family . This featured parades, the Queen's visit to Pembroke and the 60s demo against the coming of the German army to Castlemartin and much more. Fascinating stuff!
Posted by Linda, pembrokehistory@live.co.uk at 7:32 PM No comments:

Posted by Linda, pembrokehistory@live.co.uk at 9:29 PM No comments: