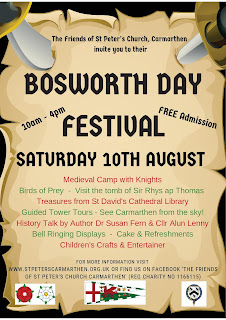 Carmarthen held its own Bosworth Festival - celebrating the fact the Sir Rhys ap Thomas is buried in St Peter's Church.  For in this church is the tomb of Sir Rhys ap Thomas,the man credited as being the man who killed Richard III.

At the festival was Dr Susan Fern who has written the book - she wrote it as she feels passionately that Rhys' contribution to the success of the Tudor Dynasty has been overlooked by history. I can recommend the book and, as I had already read it a while back in researching Henry VII, asked her to sign it for me. Which she did! 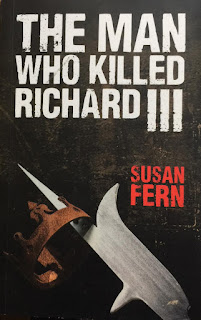 Posted by Linda, pembrokehistory@live.co.uk at 2:12 PM