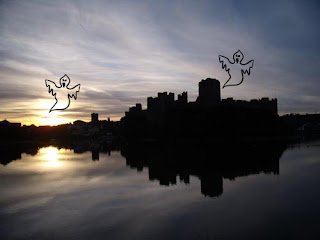 An evening of ghost stories for Halloween included some old well known ghostly stories - the haunted Monkton Old Hall, the white lady of Lamphey, the phantom Ape of Carew Castle, the Haunting of HMS Asp and many others plus some personal encounters from the audience.
We are collecting these old tales and binding them into a book which will be deposited in Pembroke Museum.
Happy Halloween!

Last week  museum volunteers made a visit to our County Museum at Scolton Manor and were most impressed at what has been achieved with this lovely old manor house. They were shown shown around by Mark Lewis, the County Museum's Officer who is the driving force behind the walled gardens project and Katrina Hilditch who gave a guided tour of the house as well as an insight into  methods of curating and cataloguing. 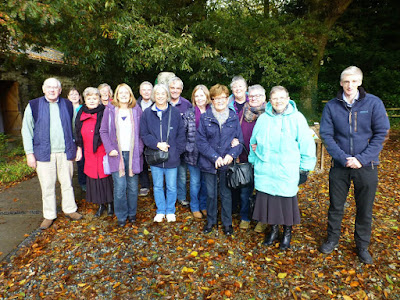 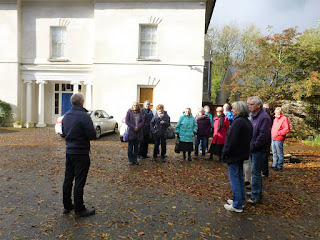 Posted by Linda, pembrokehistory@live.co.uk at 11:24 PM No comments: 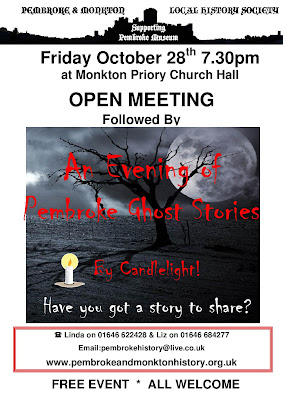 Posted by Linda, pembrokehistory@live.co.uk at 9:10 PM No comments: 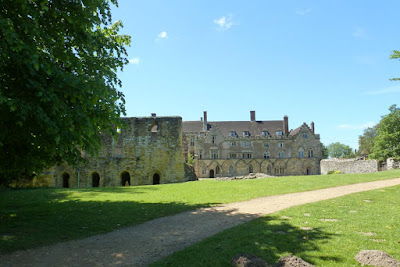 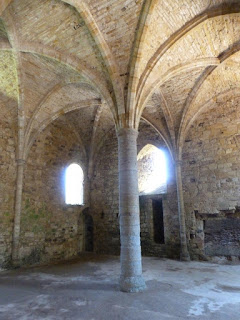 950 years ago on this day, October 14th 1066, King Harold the last Saxon King was defeated in the Battle of Hastings and our history changed forever.  William the Conqueror founded the Battle Abbey in 1070 as a memorial and as an act of atonement for the bloodshed.  The High Altar marked the spot where King Alfred had been killed.
Posted by Linda, pembrokehistory@live.co.uk at 9:08 PM No comments: 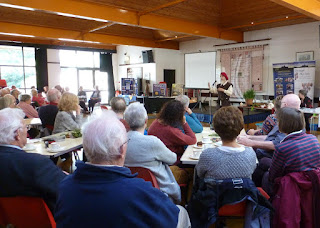 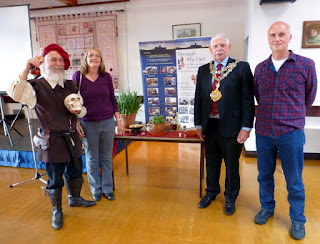 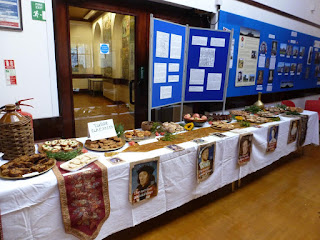 Over one hundred people attended our Tudor Morning in Pembroke Town Hall.  Opened by Pembroke Mayor Cllr Dennis Evans, proceedings began with an update of the Henry VII Statue by Society Chairman Linda Asman who said she was delighted with the overwhelming community support for the project.  So much is being achieved to promote our heritage with Town Council and History Society working together and thanks were extended to the Mayor and Councillors for their support.
It  was an eventful morning with two excellent speakers.  First, Rev. Luke Holden spoke about herbs and healing in Tudor times.  Luke, who lives in Llanelli, has a background in Ancient and Medieval History, Art History and Archaeology.   As well as being a Greek Orthodox Priest, he has enjoyed a varied career which included teaching and running a farm small holding from which grew his interest in plants.  Luke regularly takes part in Tudor re-enactments assuming the character of Welsh Tudor Herbalist Luke ap Pagrig.
Second guest speaker was Tudor author Tony Riches, who took part in the Henry VII Statue consultation last October and subsequently became involved in the Statue Committee.  The first book of his Tudor Trilogy, OWEN, explored the life of Owen Tudor, grandfather of Henry from whom the Tudor dynasty descended.  It topped the Amazon historical fiction charts in the UK and US – and reached number one in Australia. Since then JASPER has also become an international best-seller and Tony is now writing the final book, HENRY. Tony kindly denoted a copy of OWEN to the Raffle.
Between speakers, the audience were able to sample some Tudor baking as the committee had been studying appropriate recipes to go with the theme.  The event was free at entry but funds were raised on sales of coffee and raffle - in all £226 was raised and this will be given to the Henry VII Statue appeal.
Posted by Linda, pembrokehistory@live.co.uk at 8:44 AM No comments: