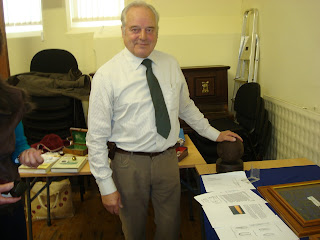 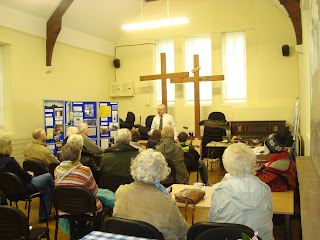 Jack Tree of Pembrokeshire Prospector's Society proved to be a popular speaker with a large audience turning up to listen to his talk and see the artefacts and coins which he brought along. His talk was all the more fascinating as he allowed us to handle the artefacts which were passed freely among us. There's something about actually handling an object - you feel that connection with the past, the thought that sometime, long ago people were holding that same object. Great stuff!
Posted by Linda, pembrokehistory@live.co.uk at 10:15 PM